Line up for Manchester City

Line up for West Ham Untied

The Premier League Champions Manchester City’s opening match against West Ham Untied was definitely a spectacular one to watch as with new signings for West Ham such as £45 million signing Haller from Eintracht Frankfurt making the starting squad and Fornals on the substitution bench.

Raheem Sterling’s goal meant that Manchester City now has 2 goals for his team and showed both strength and determination by the defending champions towards retaining their status quo. Jesus’s Hopes of scoring a second with Sterling’s assist of making it 3 goals in total for Manchester City were dashed by the VAR result and was ruled as offside.

Shortly afterwards another VAR decision upheld Raheem Sterling’s goals even though Sergio Aguero who had come as a substitute was offside but wasn’t active Raheem Sterling was deemed onside, which meant the defending champions now had a 3 goal lead against West Ham who were yet to score a goal so far in the game.

Aguero, having come on as a substitute almost lost the chance of getting his name on the score sheet as his kick was stopped by opposing team’s goalkeeper Fabianski. Riyad going down inside West Hams’ 18 yard box upon being infringed by Diop brought about a penalty kick being awarded to his team.

Luckily for Aguero the penalty had to be retaken as there was evidence from the VAR Declan had a foot in the penalty box. This afforded Manchester City a chance through Sergio to go ahead West Ham with a 4th goal lead. Raheem got a hat trick with another goal bringing the tally of goals scored by the defending champions to 5. 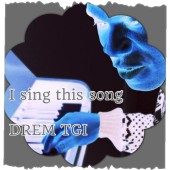